References of our work

It all began a quarter of a century ago with digitisation of Otto’s educational dictionary – 80 kg of books compressed into a single 12 gram disc. The result was beyond our expectations and we haven’t stopped since then. We collate information, we give it order. We structure large monster collections of data and provide them through user-friendly tools. Companies, legal experts, legislators and the general public; Millions of people from the Czech Republic and abroad use one of our services every month. 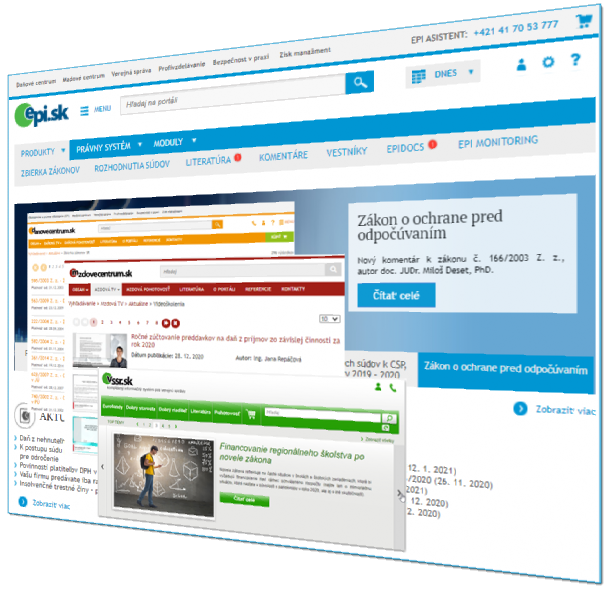 Poradca Podnikateľa (The Entrepreneur’s Adviser) is one of the leading publishing houses in the field of economics, law in Slovakia. Its founders entrusted us with the re-birth of their family silver – their portal EPI.SK more than 15 years ago. Since then, we launched the third version of a comprehensive web compendium of key legal and economic information. Thanks to efforts both of ours and of colleagues in Slovakia, the EPI.SK website has gradually outgrown the parameters of a mere information system and has become an effective and widely sought-after working tool for legal professionals. 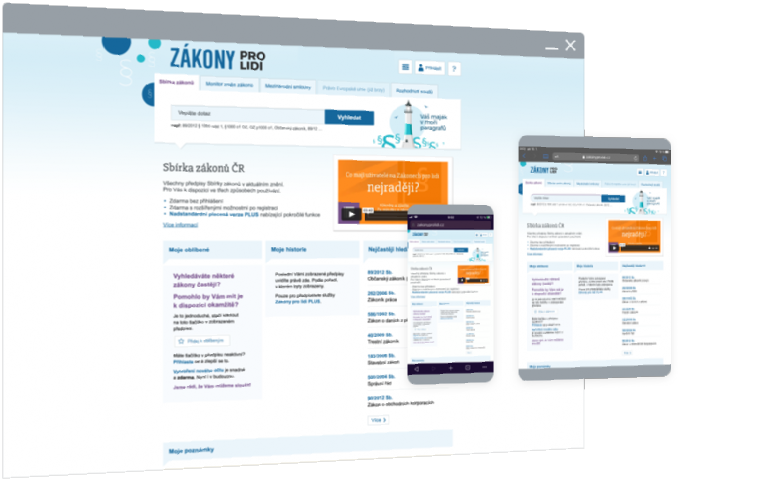 We began work on Laws for People (Zákony pro lidi) at the beginning of the past decade. The most visited legal portal in the Czech Republic, it provides the public with all documents of the Sbírka zákonů (Collection of Laws) in their current wording, free of charge. Many legal professionals use the paid premium service Laws for People Plus with a set of smart tools and functions. The main advantage of the portal is not only the extraordinary volume of information provided, but especially the clarity, speed and user friendliness of the system.

More on this project 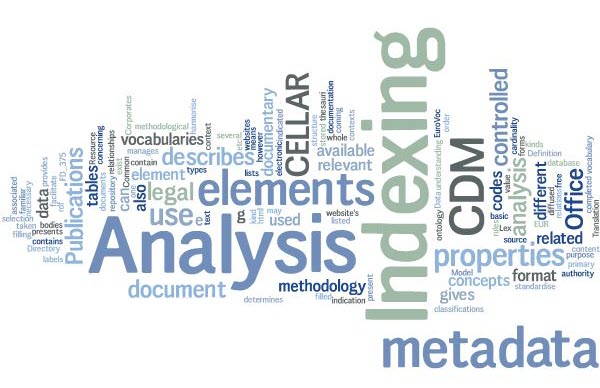 EUR-Lex, European Parliament, Court of Justice of the EU

Any person who searches for legal information on EUR-Lex - official online gateway to EU Law - searches according to the keys set by AION’s programmers and on the basis of the data sorted by its lawyers.

We are currently analysing and creating metadata for tens of thousands of documents from the European Commission, the European Parliament and the Court of Justice of the European Union every year. These are then published on EUR-Lex, which is available in 24 languages to literally billions of people.

We value the trust of the Publications Office of the EU enormously and we do everything we can to meet their high demands. 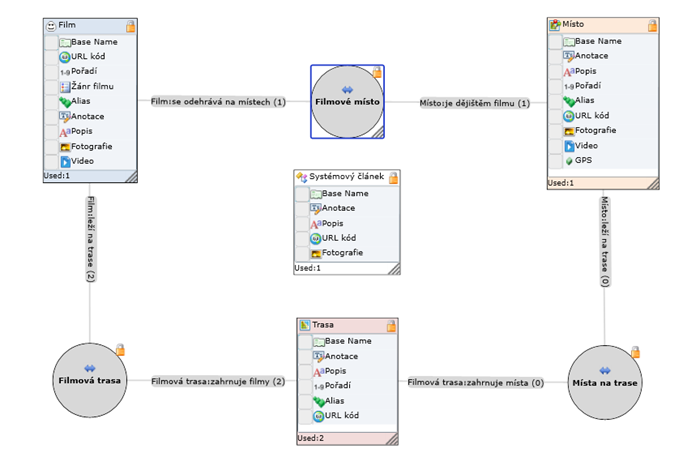 All AION projects are managed by the ATOM web database. It is our own in-house developed product and it is being constantly improved to meet the requirements for solving increasingly demanding tasks. The advantage of this system is that it is easily and quickly adaptable without major cost to various types of document and knowledge management projects.

It is our pleasure to help